Nutri-Lawn Employee Profiles - Get to Know the Team! - Ben Filek

Ben Filek is a Customer Service Representative for Halifax. 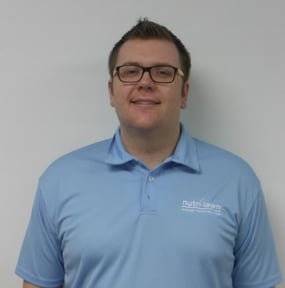 He has been with Nutri-Lawn since 2007 making him one of our most experienced technicians.

He enjoys playing golf, traveling, and is a sports fanatic – he doesn’t miss a Philadelphia Flyers game!

Ben holds the junior record of 66 at the Grandview Golf & Country Club (2001). He was also recognised as the Nova Scotia Junior player of the year in 2001.

Ben was born and raised in Dartmouth, NS where he played minor hockey.

He enjoys all kinds of music from country to house and is a member of our health & safety committee.