How Snow And Ice Coverage Impacts Your Lawn

A Guide to Lawn Damage 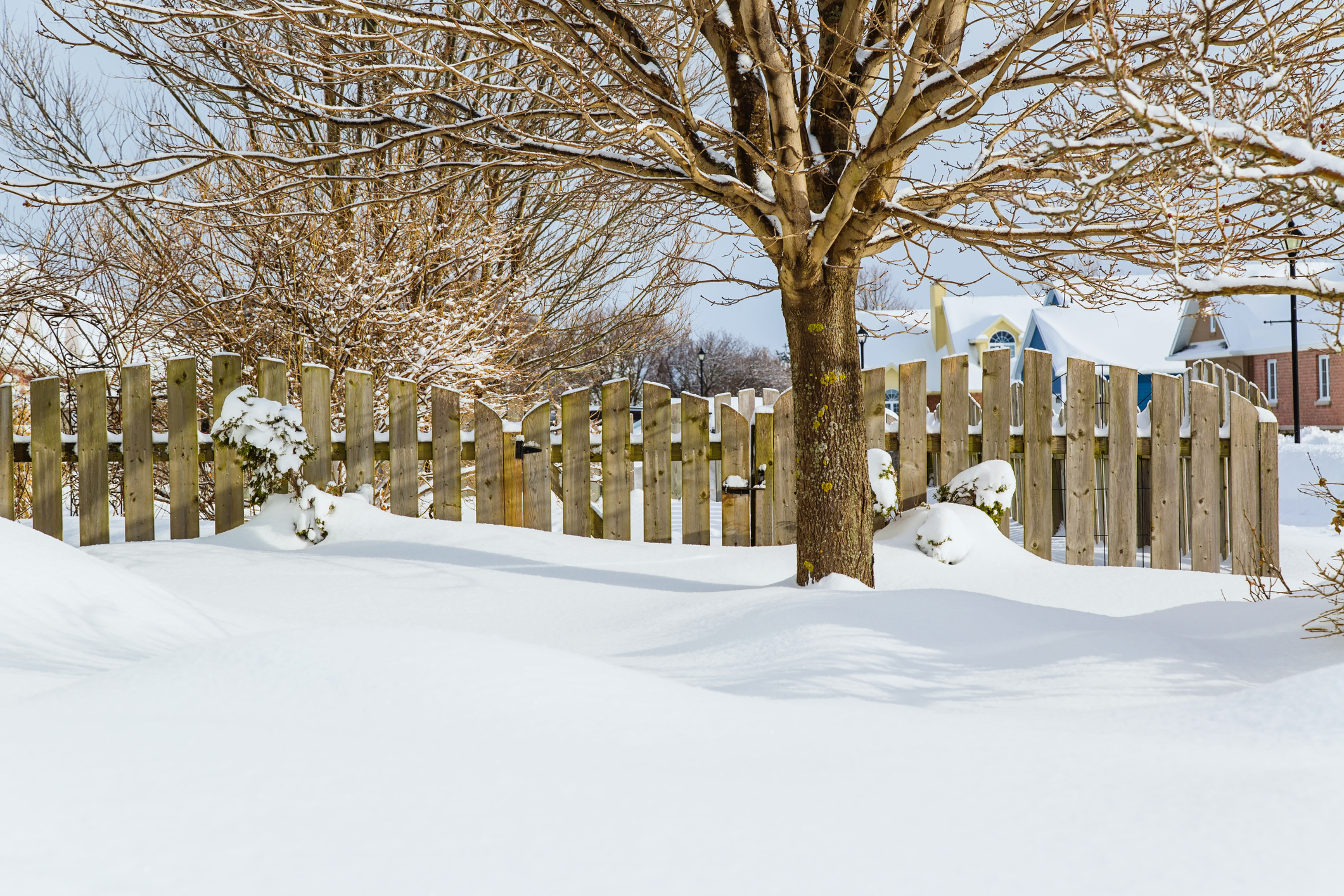 Have you ever thought about what happens to your lawn over the winter months when it is covered under snow and ice? Or wonder why the lawn looks so bad in the spring after the snow melts when it looked so darn good in the fall? Or better yet, all the work you will need to do when spring arrives to get the lawn looking its best again?

To help answer these questions, it is important to outline what commonly does happen to your lawn during the winter. Understanding this can provide helpful insight on what can be done to help prevent these things from happening, and help determine what course of action might be required to fix a damaged lawn.

Depending on what part of the country you live in, the amount of snow coverage and the length of time the lawn is covered by snow can be significantly different region by region. The majority of Canada with the exception of the coastal regions
in British Columbia regularly experience consistent snowfall and snow coverage for the better part of 3 – 4 months (specifically December through March). With that being said, these areas can be faced with winter kill damage that’s caused by snow coverage.

Generally speaking, when a lawn is covered with snow vs. not being covered during the harsh winter months it is usually regarded as a positive considering the lasting effects other factors can have on a lawn. Consistent snow coverage acts similar to a blanket and helps insulate the grass plants and their roots from cold temperature extremes. Exposure to these temperature extremes, combined with wind, ice, and freeze/ thaw conditions can be very damaging without snow coverage. 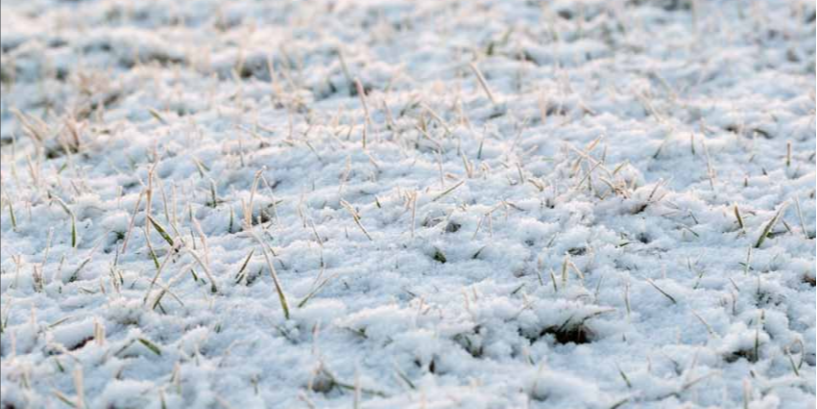 Although snow provides protection against low temperature kill, wind desiccation, ice damage, and crown hydration, conversely snow coverage can help contribute to the likes of snow mold disease, and vole damage. The same blanket effect that acts as a positive insulating the lawn as mentioned earlier, can have a negative effect providing optimal conditions for snow mold disease to transpire, and voles to tunnel their way across the lawn.

Prolonged snow coverage directly contributes to both Pink and Grey Snow Mold Disease. The damage caused by snow mold is generally not considered severe and often times looks far worse than it really is. The lawn typically recovers on its own in the early spring with minor renovation practices required only
for the areas worst affected.

The effects of Ice coverage can cause varying degrees of lawn damage depending on the severity of the ice coverage, the length of exposure, and the hardiness of the turfgrass species effected. Where snow coverage is generally considered desirable with the exception of the increased risk for snow mold disease, ice coverage on the other hand is more of a concern and is undesirable often causing more severe damage that requires renovation practices to speed up recovery.

The formation of ice coverage can take place from a number of different factors including freezing rain and rain, poorly drained soil and areas where standing water settles and freezes, and the natural melting of snow and refreezing as ice. The critical duration of ice coverage before plant death starts to occur is usually somewhere between 30 – 120 days depending on the turfgrass species. Creeping Bentgrass and Kentucky Bluegrass both have excellent winter hardiness making them less susceptible to winter kill related issues. Fine fescue and perennial ryegrass have poor winter hardiness and are far more susceptible to ice damage and other winter kill causes. 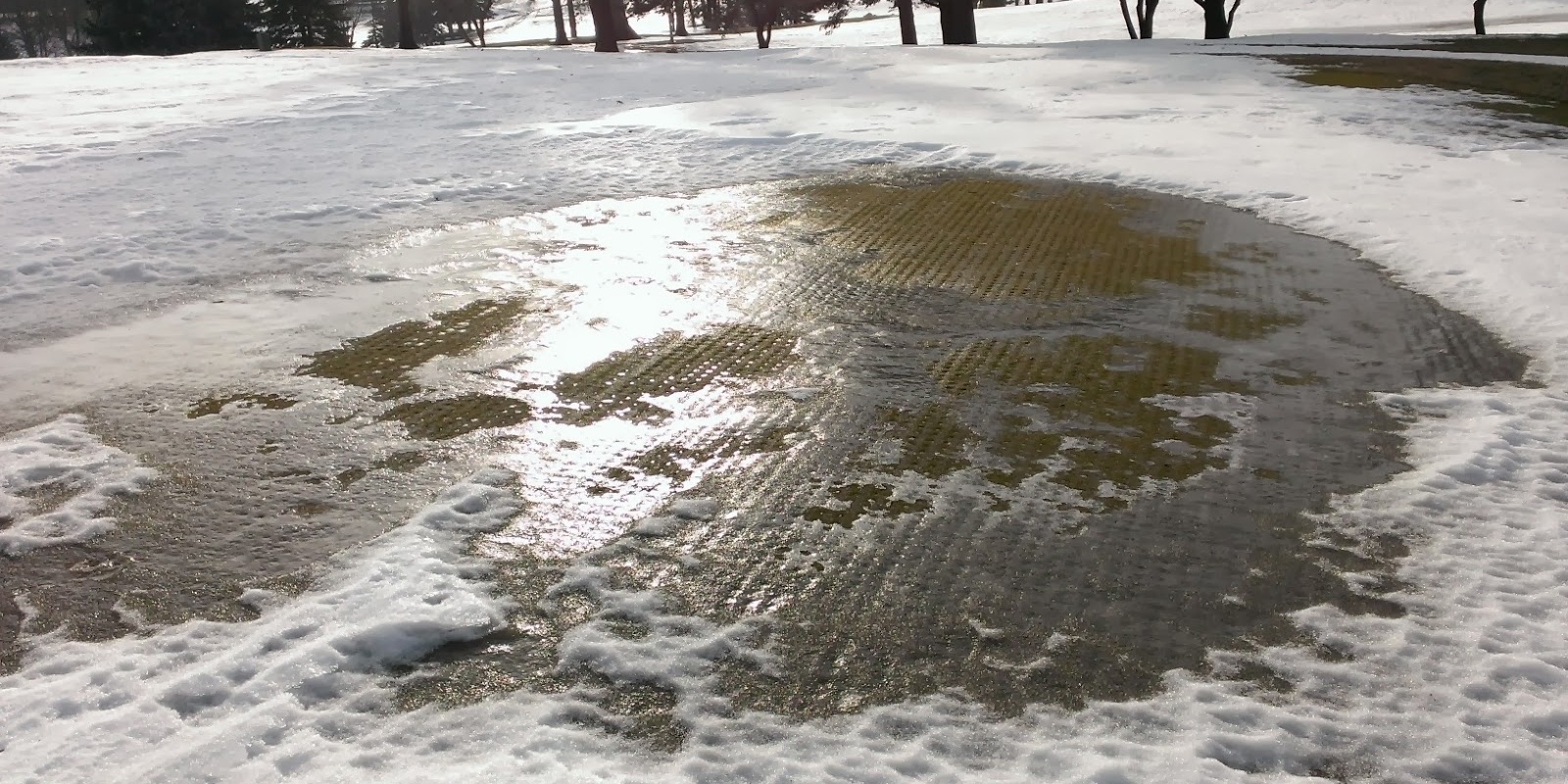 Long durations of ice coverage significantly increase the chances for severe turf damage regardless of the turf species. Plant death occurs as a result of ice coverage by the following reasons. Carbon dioxide gas builds up and becomes toxic when it is trapped under the ice, crown hydration takes place when freezing and thawing occurs and plant cells rupture resulting in death, and the plants hardiness is weakened and reduces its susceptibility to resist damage.

The extent of the turf damage is first visible when the snow and ice melt away, and in many cases this damage may be isolated to only certain areas of the lawn specifically in the lower lying spots and also in the shaded areas where the ice coverage persisted the longest. If complete death has occurred, an aggressive combination of renovation practices such as slitseeding, topdressing, and core aeration will help repair these areas. If the damage is sparse and only appears minor, the lawn can usually recover on its own or a light seeding can help speed the recovery up.

Talk to our team of lawn care experts about maintaining a healthy lawn during Winter. For more lawn care tips and tricks, follow us on Facebook or Instagram.

The Importance Of Fall Raking

Do you hear that, lawn lovers? No, it's not the sound of a thousand hockey fans exhaling after...

A certain festive holiday is around the corner, and we at Nutri-Lawn couldn't be more excited...

Snow mold is a fungal turfgrass disease that commonly affects lawns in early spring. The symptoms...